Know Before You Vote: Five Questions to Ask State Candidates

We all want to make Connecticut a great place to live, work, and raise a family. The question is, how?

That's why this year's General Assembly elections are so important.

The challenges we face today stem, in part, from poor policy choices, choices that have weakened—instead of leveraged—Connecticut's many economic assets.

To do that, they must know where their candidates for state House and Senate stand on the critical issues.

Be informed. Engage candidates when they knock on your front door. Pick up the phone and call, or send them an email. Post a message on their Facebook page or send them a tweet.

Here are five key questions to get the conversation started. Connecticut voters say our economy and job growth are the top priorities this election year.

More than eight years after the 2008-2010 recession ended, Connecticut's recovery continues to trail the region and the rest of the country.

The state's GDP contracted 0.2% in 2017—one of just three states with negative growth—and the state's economy has expanded only once in the past five years. New England's GDP grew 1.6% in 2017, while the U.S. economy grew 2.1%.

An August Quinnipiac University poll shows 71% of voters believe the state's economy was "not so good" or "poor," with 69% saying they are dissatisfied with the state's direction.

Voters deserve real commitments from General Assembly candidates that if elected, they will focus on kick starting Connecticut's economy. What action will you take to grow jobs?

Our slow economic recovery is reflected by the pace of job growth in the state, which has the highest unemployment rate in New England.

Connecticut has only recovered 90% of the 119,100 jobs lost during the recession and is one of just a handful of states yet to reach the expansion mark.

Over the same period, Massachusetts recovered 383% of lost jobs, while the U.S. regained 231%.

Almost two-thirds of Connecticut's recovered jobs are in lower-wage sectors (averaging less than $50,000 annually), while we've regained less than 10% of lost higher-wage jobs (plus $80,000).

That stubbornly slow growth and the imbalance between low and high-wage jobs are challenges candidates must address. 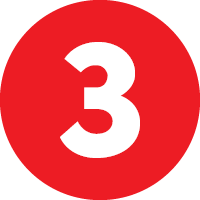 Will you vote for new tax hikes?

We've seen the two of the biggest tax increases in the state's history over the last seven years, fueling a cycle of budget deficits followed by tax hikes followed by more deficits.

However, with billion dollar-plus deficits forecast for the next two fiscal years, there are no guarantees legislators won't resort to tax hikes again.

Connecticut has one of the highest tax burdens in the country, and we are seeing wealth leave the state as a result.

It makes this a less affordable place for everyone, dampens consumer spending, and discourages sorely needed business  investment and growth.

Voters have a right to know where their state candidates stand on tax hikes. According to Truth in Accounting's annual Financial State of the States report, Connecticut taxpayers' share of the state's debt jumped 8% last year to $53,400.

We must stop spending what we don't have. It's time to reduce the size and cost of government, privatize appropriate state services, expand the use of non-profit agencies, reform the State Employee Retirement System, and put the brakes on spiraling overtime costs. How will you improve Connecticut's business climate?

A year after climbing to number 33 in CNBC's annual America's Top States for Business rankings, Connecticut retreated to 37th in the cable network's 2018 study.

The CNBC study, like other independent business surveys, found the high cost of living, high business costs, a struggling economy, and aging infrastructure all undermine the state's strengths and threaten our quality of life.

The pace of economic growth and job creation are dependent on the ability of Connecticut businesses to compete regionally, nationally, and globally.

Tax hikes, the constant stream of costly business mandates, and the lack of sufficient state spending controls stifle innovation and make it increasingly difficult to keep and attract businesses.

Candidates must demonstrate that they will not accept business as usual, that they're prepared to make different choices and work to restore confidence in our state.