For years, our members have told us and their elected officials that one of the keys to ensuring a good return on their investments in Connecticut—whether they’re opening or expanding a facility, adding a new production line, or hiring additional workers—is stability and predictability in state government.
That means stability and predictability in fiscal matters and when it comes to workplace and other anti-competitive mandates, which are constantly being proposed by vocal special interest groups and taken up by the state legislature. 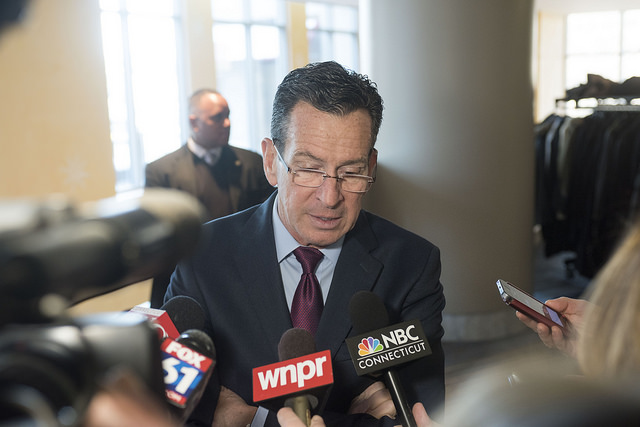 When tax increases, unfavorable structural changes to the tax code, or more burdensome regulations are always lurking around the corner, businesses are hesitant to commit additional resources in Connecticut.
That hesitancy suppresses hiring and economic growth, to the detriment of everyone in the state, including those who rely heavily on state services.
So when the governor delivered his state-of-the-state address and later spoke at CBIA and the Metro Hartford Alliance’s Jan. 9 economic summit stressing the need for predictability in building business confidence, he hit the right notes.

The challenge facing policymakers now, however, is that the state’s current fiscal and economic problems require making some difficult, thoughtful, and innovative decisions.
Our elected officials must find a way to close deficits well over $1 billion in each of the next two fiscal years.
And they’ll be working against the backdrop of continued disappointing jobs numbers (the state lost 1,700 jobs in December) and an economy that is not yet firing on all cylinders.
To get the job done, policymakers will need to do more than simply make across-the-board line item cuts, many of which will negatively impact important programs.
While line-item scrutiny is necessary, it does little to reposition government for a fiscally sustainable future. That has to come from comprehensive structural changes in the way state government delivers services.

One such change that could begin immediately is illustrated in a recent report from the CT Community Nonprofit Alliance, which estimates that the state could save up to $1.3 billion over the next five years by moving state-operated human service programs to the nonprofit sector.

In addition, policymakers must follow the lead of states like Washington and Indiana, which have been much more aggressive in implementing lean principals in government—a process that eliminates waste and inefficiency to improve service delivery and reduce costs.
There are some hopeful signs. First, the latest revenue estimates project a slim budget surplus for the current fiscal year (due largely to an increase in corporate business tax receipts).
In addition, although jobs numbers were off in December, the same employment report noted that Connecticut saw a gain of 1,000 manufacturing positions in 2016—only the third time in 26 years that sector has seen growth and the biggest annual gain over that period.
Let’s hope we can build on that trend going forward.

Joe Brennan is the president and CEO of CBIA.