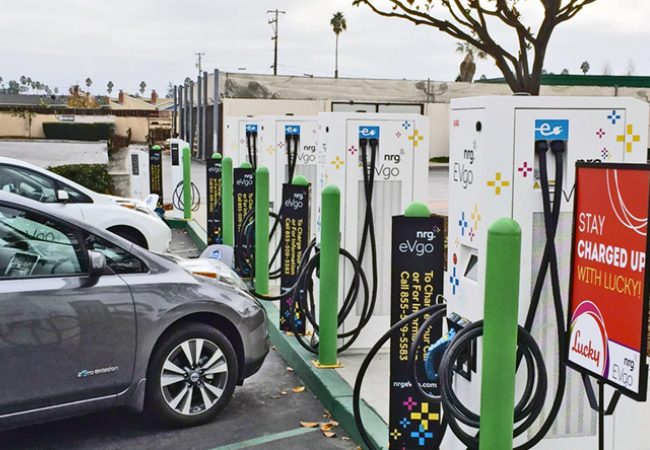 SB 4 was approved largely along party lines in both the state Senate and House, and provides a number of new and enhanced state programs to incentivize individuals and business to purchase electric vehicles and charging infrastructure.

SB 4 increases the program’s funding by diverting a portion of the Regional Greenhouse Gas Initiative proceeds, and extends eligibility for incentives to businesses and nonprofits.

Under the bill, businesses will be limited to 10 incentives per year, and 20 incentives total.

The bill also allows the Department of Energy and Environmental Protection to issue additional incentives to eligible businesses that operate fleets exclusively in environmental justice communities.

The bill also allows DEEP to establish a voucher program to support the use of zero-emission (1) class 5 to class 13 vehicles, and (2) class 3 to class 8 school buses.

DEEP is required to set aside 40% of available funding to maximize air pollution reduction in environmental justice communities.

While CBIA supported the above provisions of the bill, the organization opposed the last-minute amendment that authorizes the DEEP commissioner to adopt regulations implementing California’s medium and heavy duty motor vehicle standards.

CBIA’s Ashley Zane told lawmakers at the public hearing that the adoption of California’s standards would be a regulatory challenge and will greatly increase business operating costs.

The bill also establishes a “right to charge” for renters and unit owners in condominiums and common interest communities, as well as requiring a certain percentage of parking spaces in certain new construction to be equipped with either EV charging stations or charging station infrastructure.

Last year, according to the American Trucking Association, trucking companies in the United States suffered a record deficit of 80,000 drivers.

Two bills passed this session are designed help trucking companies fill the thousands of positions that are currently open in the state, and help mitigate the impact on supply chains.

SB 334 requires the Department of Correction to make available suitable space and technology for (1) CDL test preparation provided by or in conjunction with a regional workforce development board; and (2) test administration.

The bill establishes an important public-private partnership that will make the CDL knowledge test, a prerequisite for the CDL on-the-road test, available to incarcerated individuals who are reinterring the community within six months and not subject to federal disqualification.

The ISA program, embedded in the state budget bill, requires the Office of Workforce Strategy to support CDL training in the CareerConneCT workforce training program.

Under the program, individuals who receive direct tuition payment from the ISA account must repay the payment if, after receiving the training, they are placed in a job that provides them with a higher income than they received before participating in the program.

The program must also consider offering wrap-around supports, such as stipends, childcare services, counseling, and other supports identified by OWS.

The bill specifically prohibits (1) interest from being charged on any tuition repayment obligation; and (2) individuals receiving wrap-around support from having to repay the account for those supports.

CBIA supported the development of this program and will work with OWS and the legislature to expand it to include more training programs, outside of CDL, in the future.

The legislature also approved legislation that makes a number of changes to the Department of Transportation’s hiring processes to address the wave of retirements that are coming in July.

SB 215 ushers through a number of hiring and recruitment changes to mitigate the impact of the impending retirement wave on the agency’s ability to take full advantage of the influx of federal funding.

First, the bill requires the Department of Administrative Services and DOT to promote recruitment at public and independent institutions of higher education.

The bill also requires DOT to make an employment decision on a candidate within 120 days after the application is filed.

Lastly, SB 215 allows DOT to consider a candidate’s application for another open position at the agency without requiring the candidate to submit another application, as long as the candidate meets training qualifications and minimum experience.

CBIA supported the bill at the public hearing in March.

HB 5255, which passed both the Senate and the House, addresses issues related to the lack of synchronization because of the current fragmentation of fourteen transit districts that currently operate in the state.

Each of these districts has the autonomy to determine which bus services to run and fares to charge, and DOT subsidizes approximately 94% of these local bus transit operations despite the fact that municipalities manage the systems.