The high cost of doing business in Connecticut forces many companies to automate or consider automating their operations.

That's why legislation raising the state's hourly minimum wage to $15 could hurt the people advocates  were intending to help. 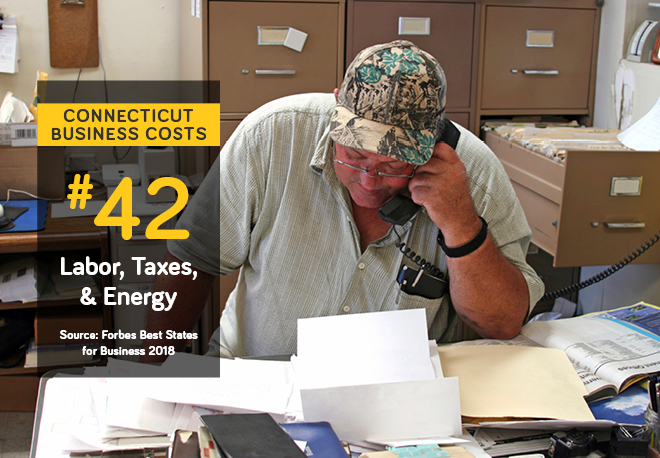 The concern for Connecticut companies—especially small businesses—is that two of the proposals raise the minimum wage by nearly 50% in just three years after the wage has increased significantly in four of the last six years.

In addition, two of the proposals—SB 2 and HB 5004—eliminate the training wage.

"The training wage should be strengthened, not eliminated, to help curtail the loss of youth and unskilled employment that will result from this legislation,” Gjede said.

Just over half of those jobs will be in two industries that typically employ lower-skilled workers: accommodation and food service, and retail.

"The best way to help individuals in entry-level and low-skilled jobs is to stop adding costs to employers," Gjede said.

He urged committee members to reject the three bills.

But if lawmakers do raise the minimum wage, businesses are asking that the increase be spread out over several years.

"The financial impact to businesses could be partially mitigated by extending to increase over six or seven years rather than the proposed three years," Gjede said.

Current law allows employers to pay 85% of the minimum wage to someone under 18 for the first 200 hours of their first job.

However, it does not help subsequent employers that want to take a chance on hiring and training an individual already employed elsewhere for 200 hours.

Gjede said a stronger, simpler training wage, like that proposed in HB 7191, gives employers the flexibility to take a chance and train someone "to the point where the labor provided equals the value of the wages paid."