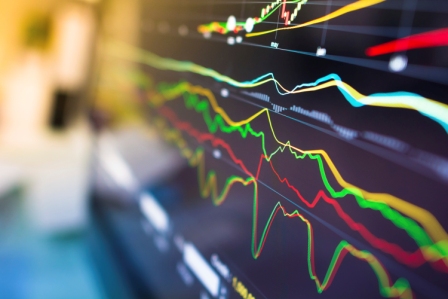 As the 2016 General Assembly regular session entered its final weeks, the Malloy administration and state legislators were engaged in sometimes contentious discussions about closing a $960 million state budget deficit for next fiscal year, which begins July 1.
Against this backdrop, a report by management consulting firm McKinsey & Company—the Connecticut Economic Competitiveness Diagnostic—was released by the state’s Permanent Commission on Economic Competitiveness. Although it offers no recommendations, the diagnostic report helps put the state’s current challenges into broader context by tracking economic and demographic trends in Connecticut going back several decades.
What it shows is a state whose traditional competitive advantages are being undermined by troubling internal and external trends that threaten our ability to grow and compete regionally, nationally, and globally.
Those trends include:

The findings from the report are powerful validation of CBIA’s central argument since the Great Recession.

The trend lines identified in the report suggest that Connecticut is in danger of losing its competitive edge over other states, particularly our neighbors in the Northeast, unless bold steps are taken by government leaders—a message CBIA has been communicating strenuously in recent years.
“The findings from the report are powerful validation of CBIA’s central argument since the Great Recession: Connecticut’s elected officials must take urgent action to remedy the state’s fiscal problems and restore business confidence in order to accelerate economic growth and job creation,” says CBIA President and CEO Joe Brennan, a member of the competitiveness commission.
“Our government leaders have to be aggressive in their approach to the state’s problems, or the negative trend lines shown in the report will continue to go downhill.”

Connecticut has long been known as one of the nation’s leaders in many economic and demographic categories and still holds a strong position in many areas.
The report cites several important examples, although in some cases, the only available data is a year or two old.
In 2014, for instance, the state ranked 4th in per capita GDP ($64,700), 3rd in productivity as measured by GDP per worker ($138,600), and 4th in median household income ($70,200). Driving these numbers is a talented, highly educated population and a strong concentration of high-value-added industries and world-class companies.
Thirty-eight percent of the state’s population 25 years or older has at least a bachelor’s degree, compared with 30% nationally.
Connecticut’s education system is ranked 6th in the nation based on test scores and number one in some national rankings, despite marked underperformance in many urban school districts.
The state also has the 7th highest Advance Placement participation rate in the country and the 2nd highest percentage of students scoring three or higher on Advanced Placement tests.
Long home to many of the world’s most iconic companies, Connecticut is ranked 7th in the country in the number of S&P 500 headquarters. In addition, 3.3% of all Fortune 1000 companies are located in Connecticut, more than Massachusetts (2.0%) and New Jersey (2.9%).
The state also has some notable growth sectors, including shipbuilding, medical and electrical equipment manufacturing, and aerospace. The latter added 1,400 jobs last year.
Connecticut continues to be strong in R&D, ranking 8th in the U.S. in R&D as a share of GDP and 12th in the country in academic R&D.
Quality of life, one of the state’s most oft-cited advantages, is still high, with Connecticut ranked 3rd nationally by Forbes magazine.
Contributing to that high rank is life expectancy (3rd highest at 81 years) and the 9th lowest crime rate in the country.

As impressive as Connecticut’s ranking is in many economic and demographic categories, several troubling trends threaten to undercut that standing and make it more difficult to move up in other areas where improvement is needed.
One of the most serious of these trends is Connecticut’s ongoing fiscal instability, which, according to the report, is a critical factor “feeding the perception of a negative business climate in Connecticut.”

Since 2017 is not an election year, many fear that tax increases will be part of the budget balancing mix.

As the legislative session neared its May 4 adjournment, the state was facing a $286 million budget deficit for the current fiscal year (which ends June 30), a $960 million gap in the FY 2017 budget, and staggering deficits in FY 2018 ($2.1 billion) and FY 2019 ($2.3 billion).
If those last two deficits hold up or grow, the governor and lawmakers will have a difficult task as they work to create a new, balanced biennial budget during the 2017 General Assembly session.
Since 2017 is not an election year, many fear that tax increases will be part of the budget balancing mix, further eroding the state’s business climate and economic growth potential and prompting more taxpayers—including businesses—to leave the state.

To address next year’s $930 million shortfall, Gov. Malloy proposed midterm budget revisions in February and again on April 12 in response to further declining state revenue.
The latest adjustments cut $347.3 million in General Fund spending and include dropping a plan to share sales tax revenue with cities and towns (worth $222.2 million in FY 2017).
Adjustments also include reducing funding for education and hospitals and increasing the contribution certain nonunion state employees and political appointees make toward their health benefits from 12% to 20%.
The plan also eliminates an estimated 2,500 state jobs through layoffs (which began on April 11), vacancies left unfilled, and retirements.
Although the governor’s budget revisions received sharp criticism from many interest groups and lawmakers—particularly Democratic legislative leaders, who refused to join the governor and Republican leaders in bipartisan budget talks on April 18—Brennan called the proposal “tough but prudent,” saying that it is critical that the state resolve its budget issues “as soon as possible.”

The sooner we get these issues behind us, the sooner our economy can start growing again.

“I don’t think there is any other choice,” says Brennan. “We have this perception out there that we just are constantly raising taxes and running deficits, and we’ve got to get that behind us once and for all.
“We’ve got to show we can close budget gaps without tax increases or borrowing and start getting our fiscal house in order, which will create the confidence that business leaders and entrepreneurs need to start investing in Connecticut again.
“The sooner we get these issues behind us, the sooner our economy can start growing again.”
Brennan also called on Connecticut state legislators to take a long-term view and focus on structural reforms to the way the state spends taxpayer dollars.

Partly a result of the state’s persistent fiscal difficulties are worrisome demographic trends that show wealth leaving the state along with the youngest and most educated adults.
Report data show that Connecticut has seen net domestic out-migration from 1995 through 2014 coupled with net international in-migration.

Without international immigration, we dive badly into population loss, particularly when it comes to young people.

“Without international immigration, we dive badly into population loss, particularly when it comes to young people,” says Pete Gioia, CBIA vice president and economist.
In 2014, the greatest out-migration occurred among young adults ages 18–24, with 7,709 in this group leaving Connecticut—42% of the total 18,367 who left.
People 65 and older were the next largest group heading for the state line (5,198; 28%), followed by adults 45–64 (4,571; 25%).
In 2014, the state had a net loss of 11,570 people 25 years or older with at least an associate’s degree or some college. Thirty-three percent of those held bachelor’s degrees, and 16% graduate degrees.
In contrast, the state showed a net gain of 1,833 people age 25 or over with either a high school diploma (46%) or no diploma (54%).
Wealth as well as education is leaving, according to the report, which shows that households moving out are, on average, wealthier than those moving in—a trend with serious implications for state tax revenue.
From 2012 through 2013, for example, the average adjusted gross income of households moving to Connecticut was $91,000, while the AGI for those leaving was $112,000.

Households moving out are, on average, wealthier than those moving in.

Where are they going? New York, Florida, and Massachusetts were the destinations of choice for 42% of those saying farewell to the Nutmeg State.

Problem May Actually Be Worse

Brennan does not believe the report’s demographic numbers tell the whole story, since they predate the massive state tax increase of 2015, which he contends has likely made the out-migration problem worse.
“The report doesn’t consider the impact of last year’s tax hikes, which were the second-largest in state history,” says Brennan. “I would argue that those increases exacerbated the out-migration trend line—people, businesses, and wealth leaving Connecticut for states with more favorable economic environments.”

Connecticut has recovered 79% of jobs lost in the recession, versus 160% for the U.S. overall and 240% for Massachusetts, a significant competitor state.
Add to this two other troubling employment trends. First, “We’re adding back low-wage jobs at a much higher rate than high-paying jobs,” says Gioia.
From 2004 to 2013, industries in Connecticut with growing employment paid an average annual wage of $54,018.
Those with the fastest-growing employment were educational services, accommodation and food services, and healthcare and social assistance.
During the same period, industries with shrinking employment paid an average of $75,246, with jobs in manufacturing, information, and construction shrinking the fastest.
Second, says Gioia, job growth is taking place in older companies. Employment in startups is losing ground, as is startup formation.
For example, 23% of jobs in Connecticut companies five years old or younger were lost between 2004 and 2013. During the same time, employment in companies 21 years or older grew by 131%.
In 2004, Connecticut was home to more than 30,000 startups (businesses 0–5 years old); by 2013, the number had dropped to below 25,000.
“We’re not forming and keeping young, entrepreneurial businesses, which tend to add more jobs in most economies than older, established businesses,” says Gioia.

The fewer startups a state grows, the less chance it has of being home to the next big thing.

“The fewer startups a state grows, the less chance it has of being home to the next big thing. It’s important to have the next big thing.”
In addition, he says, the combination of young people leaving the state and a weak startup environment “puts us at a severe disadvantage when it comes to job creation and job creation potential versus other Northeastern states.”
The solution, he says, is to “create an environment that attracts investment and that young companies want to stay in.”

The most important step in creating that kind of environment and reversing the state’s negative economic and demographic trends is solving the state’s short- and long-term fiscal problems
“Connecticut needs to grow,” says CBIA senior vice president of public policy Brian Flaherty.
“There is an immediate opportunity for the legislature to enact serious, long-term, sustainable budget reforms. Nothing would be a stronger confidence builder.
“Connecticut is a national leader with our highly educated, super-productive workforce and great quality of life, but we need to leverage our strengths to bend the trends where we’ve fallen behind other states.
“We have difficult but solvable challenges, only achievable when legislators take a serious look at improving our competitiveness and growing business confidence.”