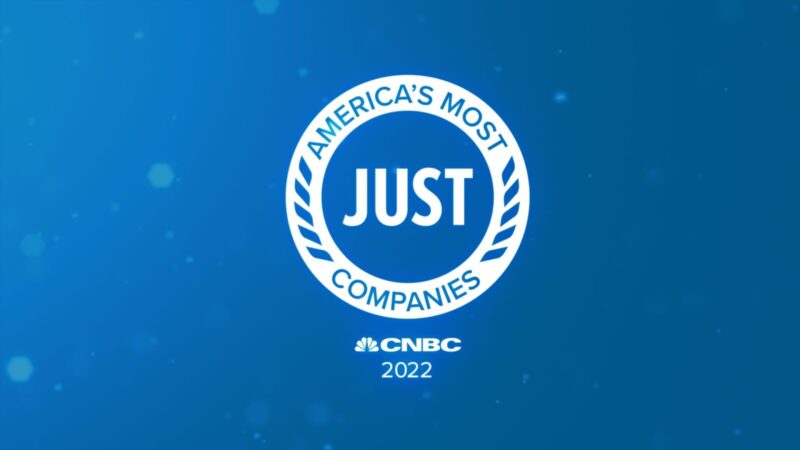 Companies with a Connecticut presence are featured in a new CNBC ranking of companies that focus on workers, wages, and social issues.

Bank of America Corporation took the number one spot, with Verizon Communications, and JPMorgan Chase also in the top 10.

Nonprofit Just Capital compiles the list of large companies doing “right” as part of an annual analysis of issues Americans say matter the most when it comes to corporate leadership.

This was the first time in the list’s seven-year history that a bank took the top spot. Last year, tech companies clinched the top four spots.

The top issues for the analysis come from what Americans have polled as most important.

Paying a fair, living wage was the number one issue, and weighted the most in the analysis this year.

The national minimum wage for all employees was a new data point this year where banks did well. Analysts said the data point accounted for almost half of the average rank gains for banks in 2023.

Bank of America had the second-highest minimum wage of all the companies analyzed.