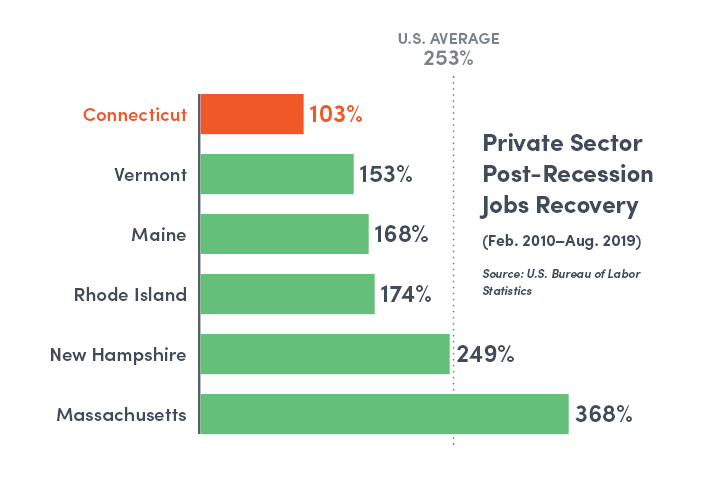 The state Department of Labor’s August employment report also revised up July’s previously reported 100-job loss to a gain of 1,600.

“We saw nonfarm jobs grow by 2,800 and the unemployment rate remained at 3.6%. In addition, the July numbers were revised up by 1,600–all positive news.”

“If this pace of job recovery continues, we will get to full recovery by early 2020.”

The U.S. has added jobs at a 0.8% rate through the first eight months of the year.

The state’s labor force also grew by 1,700 in August, the first monthly gain since January.

Six of the state’s 10 major industry sectors added jobs in August, led by leisure and hospitality, which gained 1,400 positions.

Other services added 900 jobs, followed by professional and business services (800), trade, transportation, and utilities (600), construction and mining (500), and government (300).

The information sector lost 600 jobs and manufacturing declined by 200.

Danbury was unchanged for the month while Waterbury declined by 200 jobs.