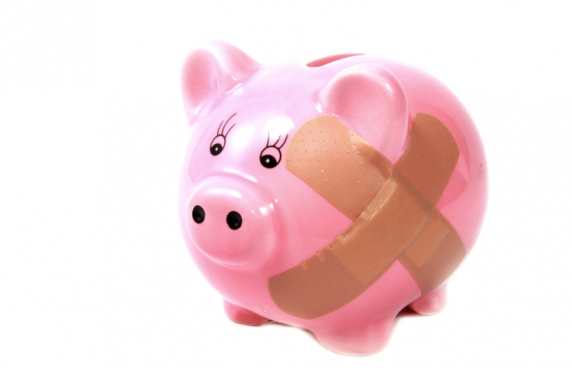 The Commission on Fiscal Stability and Economic Growth this week released revised reform proposals for addressing Connecticut’s spiraling costs and fixing the state’s economy.
The commission’s latest report modifies and updates the sweeping package of reform measures the commission presented to the General Assembly in March this year. State lawmakers did not act on those reform measures, which commission co-chairs Jim Smith and Bob Patricelli attributed to issues surrounding the short, election-year legislative session.
“Now, the timing is right,” they wrote in the new report.
“The 2019 legislative session is an historic make-or-break
political and policy opportunity for Connecticut.
“We have a new Governor-elect and General Assembly-elect, and a full legislative session coming in 2019.
“We believe it is the correct starting point for comprehensive and bipartisan reform.
“While our problems are severe, we are convinced they are fixable.”

The latest report notes the state’s fixed costs—including debt payments, Medicaid, and state employee retirement benefits—are growing 6% annually and represent 49% of all state spending this fiscal year, growing to 54% by 2022.
“The brutal math of pensions and retiree health is that over 70% of current costs result from unfunded liabilities left on our doorstep by past generations of political and labor leaders,” Smith and Patricelli wrote in a Hartford Courant opinion piece.
“Simply put, we are going to have to step up to the cost of buying down or buying out some of those unfunded liabilities to lower the carrying costs.”

While our problems are severe, we are convinced they are fixable.

The report's central theme is a familiar one: Connecticut cannot drive sustained economic growth and job creation until the state resolves its significant fiscal problems.
Connecticut has run budget deficits in 12 of the last 15 years, its unfunded liabilities are among the highest per capita in the country, and the state's economy contracted in the past decade as the national economy expanded by more than 10%.

The latest report recommends spending cuts of $1 billion annually through operating efficiencies, balancing the budget without using surplus funds, and reducing the growth rate of fixed costs through asset transfers and pension reforms.
In addition, the commission proposes wide-ranging, revenue-neutral tax reforms designed to modernize the state's tax system, making it competitive with neighboring states and driving greater business investment.
Those reforms include cutting personal income taxes, overhauling and reducing the corporate income tax, limiting property taxes, increasing the earned income tax credit, and repealing the gift, estate, and business entity taxes.
The report says those reforms would reduce Connecticut's personal and business tax burden by $700 million in fiscal 2020, with that revenue loss offset by expanding the sales tax base, including removing exemptions for a number of services and adding a 2% restaurant meals tax.

"What will it take to get businesses and people to invest and stay in Connecticut?" Smith and Patricelli wrote.
"Only if our economy grows will there be the state tax revenues to invest in more infrastructure and services.

What will it take to get businesses and people to invest and stay in Connecticut?

"We are already ranked 47th in the country on our business tax climate.
"When you are in a hole, stop digging."
Governor-elect Ned Lamont says he does not favor tapping Connecticut's growing reserve fund or raising taxes to address the state's forecast $4 billion, two-year budget deficit.

The fiscal commission's report recommends financing and prioritizing the state's transportation infrastructure needs, with a greater focus on projects with direct economic development and growth benefits—mainly highway and rail projects in heavily congested corridors.
The commission scaled back its initial call for statewide highway tolls and now supports implementing tolls for specific projects only. That recommendation is linked to a call for greater public-private collaboration.
Workforce development was among the commission's key priorities, with a proposal for four-year STEM scholarships at public and private state colleges and universities and added funding for high priority vocational training programs.
The commission also supports municipal revenue and spending reforms, proposing an overhaul of state municipal aid programs, diversifying local revenue services beyond property taxes, better management of local government employee compensation and benefits, and greater regionalization of services.

CBIA president and CEO Joe Brennan urged the incoming Lamont administration and state legislature to use the commission's report as a blueprint for crafting a two-year budget plan that will provide the foundation for long-term economic growth.
"The gap between Connecticut and successful states is growing greater because we don't have the resources we need to invest in education, transportation, and workforce development," Brennan said.
"That's why we've got to get these fiscal problems behind us as soon as possible.
"The commission's recommendations, including revenue, spending, and public-sector benefit reforms, are all areas that need to be comprehensively addressed in the 2019 General Assembly session."

The legislature's 2017 pivot away from tax hikes and workplace mandates clearly had a positive impact.

Brennan added that it was no coincidence that recent positive economic signs—two successive quarters of GDP growth, 25,700 new private sector jobs in the last 12 months—followed adoption of an historic state budget in 2017.
"We saw a bipartisan budget last year that did not raise taxes and included some meaningful structural reforms," he said. "The legislature's pivot away from tax hikes and workplace mandates clearly had a positive impact.
"The key now is to maintain that focus on fixing our fiscal problems, improving the state's business climate, and expanding workforce development efforts."
Tags:
Previous Article
Next Article