While no one can say exactly how much raising the minimum wage will cost Connecticut businesses, we now know it will cost state taxpayers millions of dollars.
The nonpartisan Office of Fiscal Analysis found HB 5388, which raises the hourly minimum wage to $15, will cost Connecticut taxpayers at least $50 million annually through increased compensation and contract costs to state agencies and municipalities. 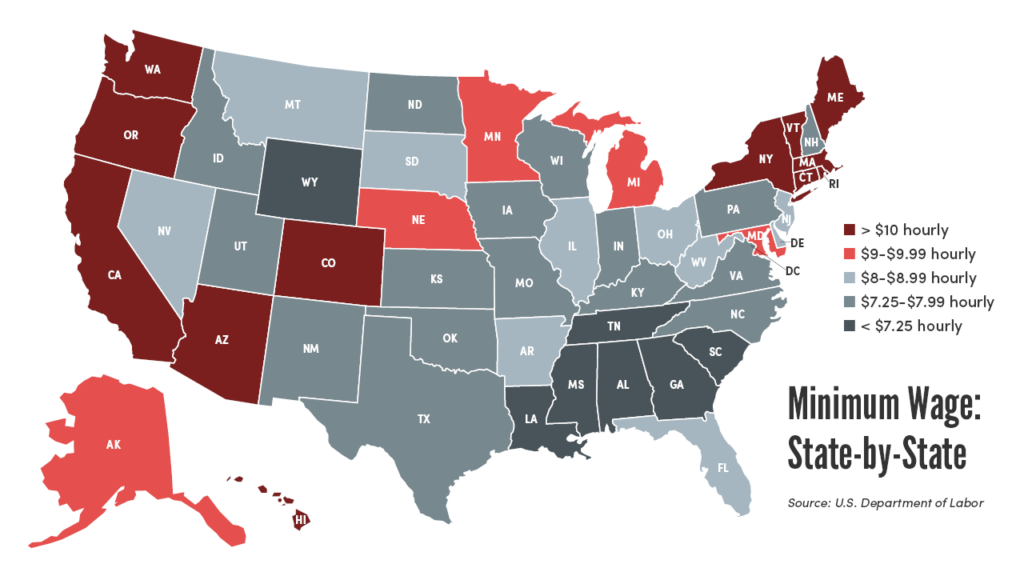 Connecticut is one of just a dozen states with an hourly minimum wage above $10.

HB 5388 hikes the hourly minimum wage from $10.10 to $12 on Jan. 1, 2019; $13.50 on Jan. 1, 2020; and $15 on Jan. 1, 2021.
Increases in subsequent years are tied to the Consumer Price Index. The federal minimum wage is $7.25 an hour.
OFA reported that the state Department of Developmental Services will see annual costs increase by $31.4 million for community residential and day services.
The Department of Social Services will see a $14.7 million yearly increase, and childcare providers funded by the state will cost another additional $1.6 million.
Further, all state agencies will be impacted as a result of changes to fringe benefits driven by wage increases, according to OFA.

The state Department of Developmental Services will see annual costs increase by $31.4 million.

That means Manchester taxpayers—and likely those in other municipalities—could see their state and local taxes increased by this bill.
In addition, OFA said the hike is likely to produce what's known as wage compression—when wages that are slightly above minimum wage also increase.

The legislature's Appropriations Committee approved the bill April 17 on a 27-24 party-line vote despite OFA's findings—and with no answers as to where the money will come from to cover the costs.
While some lawmakers said the increase was the right thing to do, others were troubled by the cost to taxpayers and the impact on business.
The measure now goes to the state House.
Advocates have long claimed that increasing the minimum wage boosts economic activity, resulting in more hiring.
But as business has cautioned for years, raising the minimum wage not only increases costs, it leads to job reduction through greater automation.
When businesses are allowed to succeed, wages rise on their own.