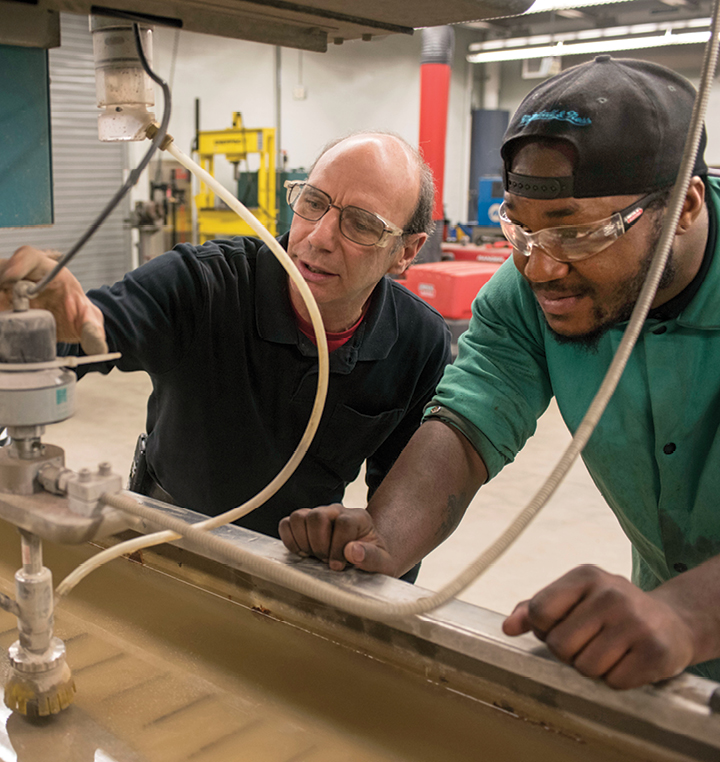 Connecticut’s manufacturers say they need more than 13,000 skilled workers by the end of next year.
Retirements and growing demand are driving that need according to a new survey, which also found that attracting, training, and retaining the next generation workforce is a major challenge.

The 2017 Survey of Connecticut Manufacturing Workforce Needs, produced by CBIA and the National Science Foundation Regional Center for Next Generation Manufacturing, found 99% of manufacturers expect to grow their workforce in the next three years.
“This survey is the road map to reinvigorating the mainstay of our state’s economy,” said Brian Flaherty, CBIA Senior Vice President, Public Policy.
“The answers are here—from hiring needs, to the skills they’re looking for, and the barriers to growth they need to clear.”
The survey was released May 17 during Manufacturing Innovation Day at the state Capitol, an event designed to showcase the industry and highlight the challenges facing manufacturers—particularly finding skilled workers.
Manufacturers are hiring for a range of positions, including entry level production workers, engineers, CNC programmers and machinists, technicians, and welders, with 98% looking to fill full-time positions.
How are manufacturers preparing? Seventy-nine percent are training their current workforce, 72% are using targeted recruitment plans, 40% are developing and expanding apprenticeships, and 26% are turning to automation.
What was clear in the survey was the disconnect between the needed skills and available training. In almost every category, manufacturers feel there are not enough training opportunities.
“The survey said it all,” said Peter Egan, human resource director at Carey Manufacturing.
“As an HR manager, I look at two things: how a person fits into the culture of the company, soft skills. But right below that, I look at the technical portion. We can teach that.”
Egan was at Manufacturing Innovation Day with Millie Ramirez, a supervisor of laser and punch machines at Carey.
Her manufacturing story began in her godfather’s factory in Puerto Rico. She’s been with Carey since taking on an internship at the Cromwell manufacturer.
“One thing I like about Carey is that we treat each other as family, not just as colleagues,” Ramirez said.
“I really love what I do. I’m a person who is very creative, and this is the place where I can do that.”

Lucas Lampognana, a tool and die apprentice at Connecticut Spring & Stamping, got into manufacturing after taking business courses at a local community college.
“It wasn’t really striking my interest,” he told an audience of legislators, educators, and manufacturers at Manufacturing Innovation Day.
“I was always very hands on, I liked working with cars, and doing technical stuff.”
After getting an entry-level position at an eyelet shop, working in a manufacturing setting opened up the career opportunities available to Lampognana.
“I saw the potential that there was in manufacturing,” he said. “So when a family friend told me that Connecticut Spring & Stamping was looking for an apprentice, I immediately jumped on it.”
“It’s such a great experience. I’m really passionate about manufacturing because there’s so many avenues you can go.
“You can make your own future. I wish more kids at younger ages got to see what my journey has been, or see the path that they could take.” Encouraging younger generations to choose careers in manufacturing must start early, and be a part of exploring traditional pathways to future employment, in addition to college.
CBIA Workforce & Education Partnership vice president Andrea Comer said the survey highlights the important role technical high schools and community colleges play in filling the talent pipeline.
“There’s a growing need for 21st century skills training, and employers place tremendous value on certification and credentials,” she said.
“If the community colleges could in bring younger generations and show them everything that’s out there to spark their interest, even do talks or have them tour shops,” Lampognana said.
“They can see that they can use their hands, do things that they enjoy doing, and have a really supportive community behind them.”
Ramirez has become an ambassador for Carey Manufacturing to introduce opportunities in the manufacturing industry to middle and high school students.
“The reason why I want to stay here [in Connecticut] is because I know I can grow as a person, so I can encourage others as well.”

Creating Partnerships for the Future

The gap between skills needed versus training offered is a persistent problem for manufacturers. Expanding programs and curriculum at every educational institution level is critical. 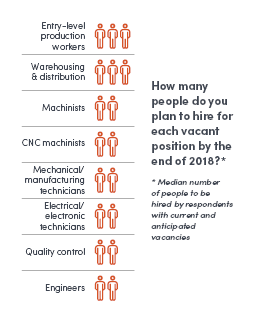 Don Droppo Jr. of Curtis Packaging Corporation said that relationships between manufacturers, community colleges, and the state university system can bridge that gap.
“We need to band together to take advantage of what’s here,” Droppo said. “Labor is a big piece of it—that’s where we have to be as creative as we can.”
“These days, you can’t put a quarter into a machine and out pops an operator,” Egan added. “You have to go to a lot of different places.
“We’ve developed relationships with different state entities, community colleges, and with Our Piece of the Pie [a nonprofit helping urban youth become economically independent].”
John Testa, director of metal form-manufacturing at CSS, said the company’s partnership with the Connecticut Department of Labor “is paying off in dividends.”
“We have also developed a triage team to look at talent acquisition and talent retention,” he said. “Our senior staff meets each week, and we visit job fairs and colleges.
Testa acknowledged that at least in the short-term, finding skilled labor will be difficult.
“But if we can build our base for the future, we can continue to grow,” he said.

According to the survey, an average 12% of manufacturing workers are expected to retire by 2020. One way manufacturers bridge the skills and training gap is partnering experienced employees with young, recent hires to train them on the job.
“We call it ‘tribal knowledge,’ as most of the people that have been here for 30-plus years are going to be transitioning out for retirement,” said Carey’s Egan.
“We utilize our experienced people, and they spend as much time as they can with younger people coming in to train them. We allow them to make mistakes, finding out what the mistake was, and fixing it.”
Farmington-based CSS has also benefited from a similar program.
“We get to blend the seasoned veteran with the young rookie,” Testa said. “We really drive communication on this to associates to lead not from the top down, but lead from the bottom up.

We need to band together to take advantage of what's here. We have to be as creative as we can.

“The seasoned people who are getting ready for retirement are more receptive to training young people, so we've been really fortunate with that program. You have to be patient, you have to ask the right questions.”
“There's no middle-class with manufacturing employment,” said Egan. “You've got the older people that are transitioning out, and we have young people trying to get in.”
Lucas Lampognana agrees that working with experienced employees helps not just with technical skills, but creates mentor relationships that expand throughout the organization.
“You get to work with so many really talented people, the trade is like a big family and everyone wants you to succeed,” he said.
“I had many challenges, but the support that you get here in unique,” said Ramirez. “It's unlike any other place.”
Tags:
Previous Article
Next Article