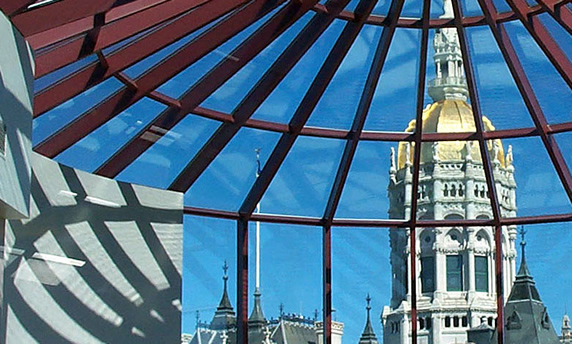 The General Assembly adopted a $24.2 billion state budget package in the final days of the legislative session built on the state’s historic $4.8 billion surplus and federal pandemic relief funding.

Lawmakers largely built on Gov. Ned Lamont’s tax relief package that he proposed on the opening day of the 2022 session.

The budget revisions, which include $330 million in temporary individual tax relief and another $270 million in recurring cuts, is an election year effort to address voters’ concerns with inflation in the run up to the November elections.

There is little in terms of tax reductions for businesses to stimulate the state’s economic recovery and prime it for long-term, sustainable growth.

The tax relief measures include:

Section 158 of the bill also calls for a study to be conducted by the Department of Economic and Community Development on the feasibility of allowing pass-through entity businesses to take advantage of the R&D tax credit.

While it would have been better had the proposal been fully enacted, this study will help lawmakers get a better understanding of what the proposal could cost.

Section 465 of the budget also makes minor modifications to what is reported in the Tax Incidence Report put out by the Department of Revenue Services on a biennial basis.

Further, there were some sections included in the bill that will put new deadlines in place related to property tax appeals.

Sections 473 (CBIA successfully lobbied to get a corresponding section 474 removed from the implementer) will make it more difficult and expensive for both commercial and individual taxpayers to pursue appeals of excessive property tax assessments.

Per these sections, the burden of obtaining appraisals in a 120-day period (CBIA negotiated in the finals hours of session to get this up from a 90-day period) is imposed unilaterally on taxpayers with no corresponding obligation imposed on municipalities, creating a fundamental unfairness.

The original 90-day deadline was inadequate for larger, more complex commercial properties – especially given the backlog and limited number of appraisers.

In fairness, while the revenue package left the business community high and dry in terms of relief, it should be praised for maintaining adherence to the spending and revenue caps put in place during the 2017 legislative session.

A number of early proposals sought to divert a percentage of the funds that exceed the statutory cap on the rainy day fund to be used to fund various programs, like childcare, rather than continue to be used to pay down the state’s long term pension liabilities.

Other items receiving final passage that originated from the Finance, Revenue, and Bonding Committee include:

The budget revisions rely heavily on federal funding and carry forward dollars to fund a wide range of policies.

The package includes $374 million for state employee salary increases and bonuses, part of a four-year, $1.9 billion agreement between the administration and state employee unions.

While this budget provides additional funding for programs like Care4Kids, Birth to Three, private provider support, and other programs, CBIA is concerned about the one-time nature of the funding and the creation of a fiscal cliff in the out years—which may lead to a reduction of services.

CBIA does support the budget’s workforce development funding including: