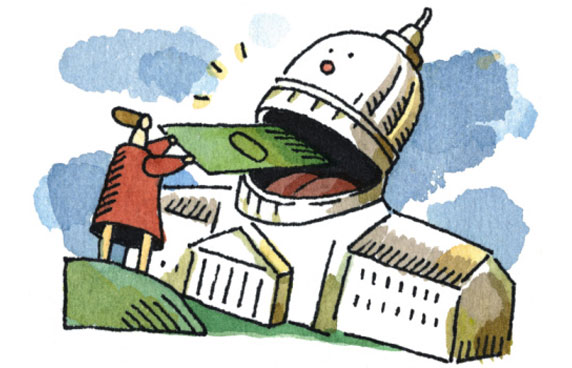 Gjede urged the legislature’s Finance, Revenue, and Bonding Committee to expand on the reforms proposed in HB 6633 and design a more balanced means of stabilizing the fund.

“While we firmly believe the reason for the fund’s insolvency is the failure on the part of the labor department and policymakers to support meaningful benefit reforms rather than always revert to tax increases, we have been open to reasonable compromise,” Gjede told the committee March 17.

“HB 6633 is not reasonable in our view. HB 6633, as written, is little more than a significant tax increase packaged with a few minor benefit reforms.”

Connecticut’s business community has pushed for unemployment fund reforms since the end of the 2008-2010 recession, calling for changes that reflect best practices adopted by most other states years ago.

Overhauling the fund, long a source of unnecessary and avoidable employer costs, is also one of the featured recommendations in CBIA’s Rebuilding Connecticut policy pledge, supported by a bipartisan group of state legislators.

Connecticut borrowed nearly $1 billion from the federal government to maintain the solvency of the fund during and after the 2008-2009 economic downturn.

The business community was solely responsible for repaying this debt. The state’s unpaid balance meant the federal government increased the interest businesses paid on that loan each year.

In addition, employers were charged special assessments each August to pay down the interest on the loan.

“While this debt was eventually satisfied, our fund’s lack of solvency remains a problem,” he said. “Unfortunately, we find ourselves back in these circumstances due to the economic hardships and business closures caused by the pandemic.

“States have a lot of discretion in setting their unemployment tax rate, which is charged in addition to the federal tax, and under what criteria the benefits are paid out.

“Our neighboring states take in virtually identical, and in most cases less, state unemployment taxes than Connecticut.

“Despite collecting the same amount of revenue, they have historically been able to achieve fund solvency and retire federal debt far more quickly than Connecticut.

“The reason is that they have adopted unemployment benefit reforms to curtail waste and abuse that Connecticut has long refused to adopt that has helped preserve their fund for workers.”

Not only will Connecticut have the highest taxable wage base in the nation, but the state will also maintain some of the least stringent criteria for benefit payouts.

In an unprecedented move, the state recently tapped into the unemployment trust fund to provide unearned additional funds for individuals so they could qualify for federal supplemental benefits.

“This fund has never been used in the past by lawmakers to fund policy objectives,” Gjede said. “History has repeatedly shown us that we cannot tax our way out of deficits.

“Efforts in the past have resulted in reduced economic activity and growth in the state. The business community is very interested in ensuring this fund is solvent for future workers while simultaneously being concerned about the burden of more business taxes.”

Gjede told the committee the employers welcomed other elements of HB 6633, including proposed rate adjustments that will better distribute the fund’s tax burden of the fund.

While the bill does double the minimum earnings qualifying benefits threshold to $1,200, that falls well short of practices in other states, most of which require between $3,000 to $5,000 in annual earnings.

Connecticut’s qualifying threshold has sat at $600 for 53 years.

“We encourage the committee to require $5,000 in earnings to qualify for benefits—which demonstrates an employee’s meaningful attachment to the workforce,” Gjede said.

The bill does freeze the maximum weekly benefit rate for one year. The maximum benefit rate increases by up to $18 annually, including during the last recession.

“This rate should be frozen for not less than three consecutive or nonconsecutive years,” Gjede said. “This reform would result in savings to the fund without any reduction in individual benefit levels.”

Gjede also urged the committee to adopt another reform not included in HB 6633: redefining “one instance” of unexcused employee absence from work to mean a single day of no call, no show to work.

Current state law defines one instance as “one day or two consecutive days.” Employers commonly misinterpret this rule and end up being liable for unemployment benefits for employees who abandoned their job or simply stopped reporting for work.

“We reiterate our commitment to working with the committee to find a balanced approach to returning solvency to the state’s unemployment trust fund,” Gjede said.

“We must have an honest conversation about whether the state is appropriately spending funds provided by the business community for the unemployment safety net.

“Connecticut businesses have suffered enough over the past year. We have incurred massive federal debt to ensure every unemployed person, whether truly eligible for unemployment or not, received their benefits.

“We already have some of the highest unemployment taxes in the country. While we appreciate the overall strategy behind this proposed reform, it falls short of what is needed.”