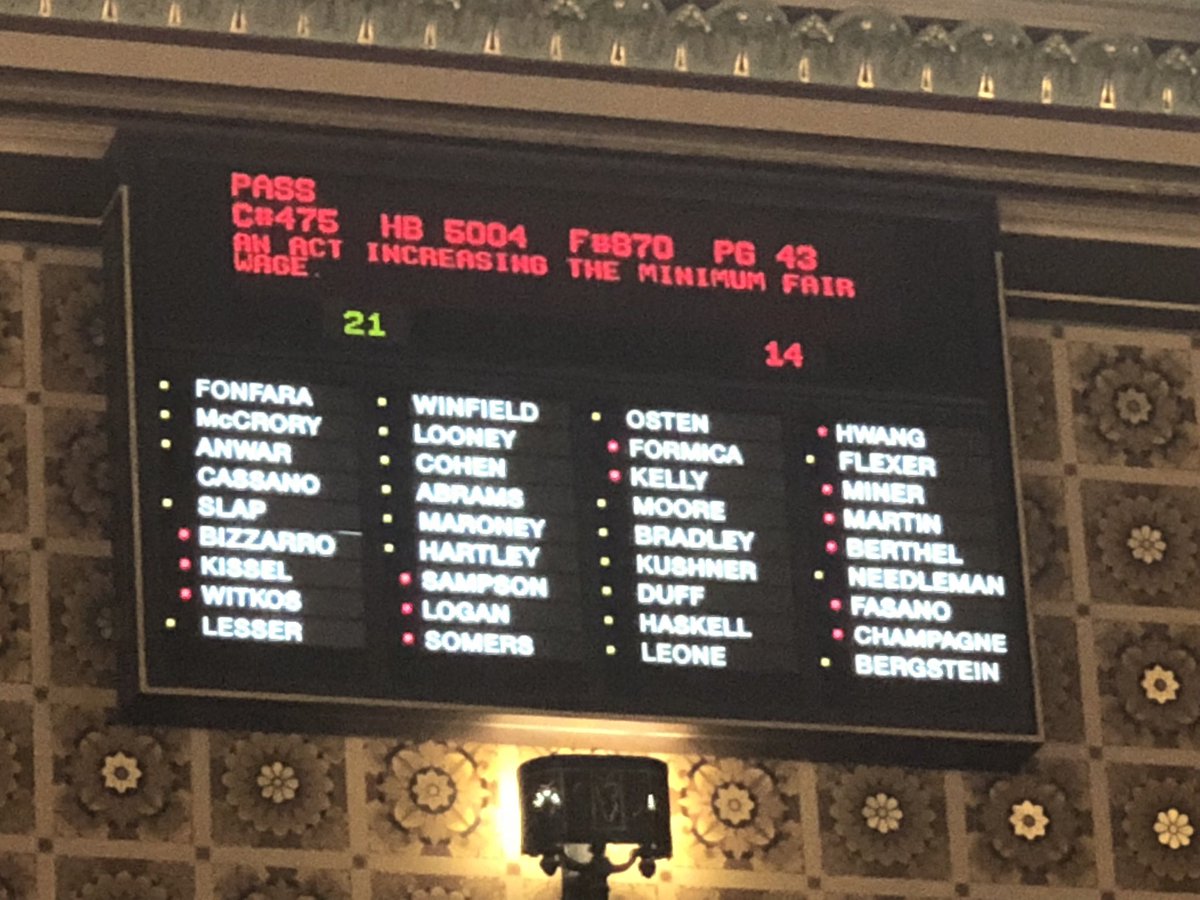 The state Senate approved a near 50% hike in the minimum wage in the early hours of May 17 after another protracted legislative debate.

Gov. Ned Lamont said he will sign the bill, which the state House passed last week after a marathon, 14-hour overnight debate.

CBIA’s Eric Gjede said the state’s small businesses will shoulder most of the burden of the latest wage hike.

“This will only make it harder, and make it more costly to run a business here.”

The increase will further slow Connecticut’s recovery from the recession, and force businesses to automate or make other cuts—including employees, hours, or benefits, Gjede said.

“This bill makes it that much harder for small businesses to compete with larger companies that have the ability to automate their processes and absorb these increases,” he said.

Already, a Waterbury manufacturer that employs 150 people has said the increase will force it to leave the state.

“Small business creates 80% of the jobs in this country,” Sen. Paul Formica (R-Niantic) said during Senate debate on the bill.

“That’s where the job creation is coming from, and the pressures this assembly is placing on small business is making it difficult for small businesses.”

Senate Republican leader Len Fasano said the bill will hurt “the ma-and-pa stores, the small restaurants, the places in your community that are trying to survive.”

“The best way to help people is to lower taxes and lower the cost of living in the state,” he said.

“This raise that we’re considering is going to make all the difference in the world, but frankly, it’s also not enough,” said Sen. Mae Flexer (D-Danielson).

Any increases in the hourly minimum wage after Jan. 1, 2024, will be tied to the employment cost index, a quarterly metric created by the U.S. Bureau of Labor Statistics that details changes in the costs of labor across the country.

Connecticut will be the only state to index its minimum wage to the employment cost index, rather than the more commonly used consumer price index.

If the employment cost index shows two consecutive quarters of poor performance, the state labor commissioner has the option of making a recommendation to not raise the wage.

But if the index goes down, the minimum wage will not.

HB 5004 retains the $6.38 minimum wage for tipped workers, which includes restaurant wait staff, and the $8.23 minimum for bartenders.