April Jobs Numbers 'Should Set Off Alarm Bells at Capitol'

Connecticut's April employment report clearly shows where lawmakers should focus as they work to resolve the state's $5 billion budget deficit.

The state lost 1,500 jobs last month, with the Department of Labor also revising the March numbers down from a gain of 1,300 to a gain of 600. 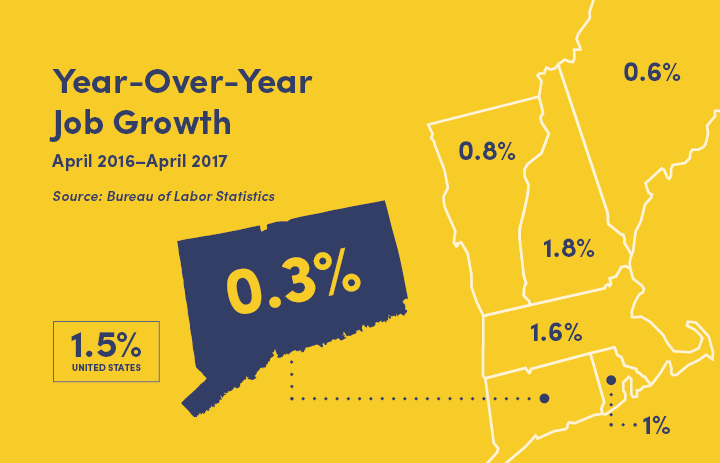 "This report should be setting off alarm bells at the state Capitol," CBIA economist Pete Gioia said.

"Connecticut continues to trail the region and the country in job and economic growth.”

Gioia said job growth must be the guiding principle for lawmakers during the current budget negotiations.

“It's imperative that the state's budget rebuilds confidence to create solid business investment that leads to jobs here in the state. The two are intertwined,” he said.

“We can't expect to add jobs and grow the economy without solving our fiscal issues.”

We can't expect to add jobs and grow the economy without solving our fiscal issues.

Tweet
In seven-plus years, Connecticut has recovered 75% of the total jobs lost during the recession, also the slowest recovery in the region.

Last week, a U.S. Bureau of Economic Analysis report showed Connecticut's economy grew a modest 1% in 2016, second slowest of the New England states and 32nd among all states.

Six of the state's 10 industry sectors lost jobs during April, led by professional and business services, which declined by 3,000 positions, all in administrative and support services.

Construction and mining added 2,800 jobs for the month, other services grew by 2,700 positions, and leisure and hospitality gained 2,000 additional jobs.