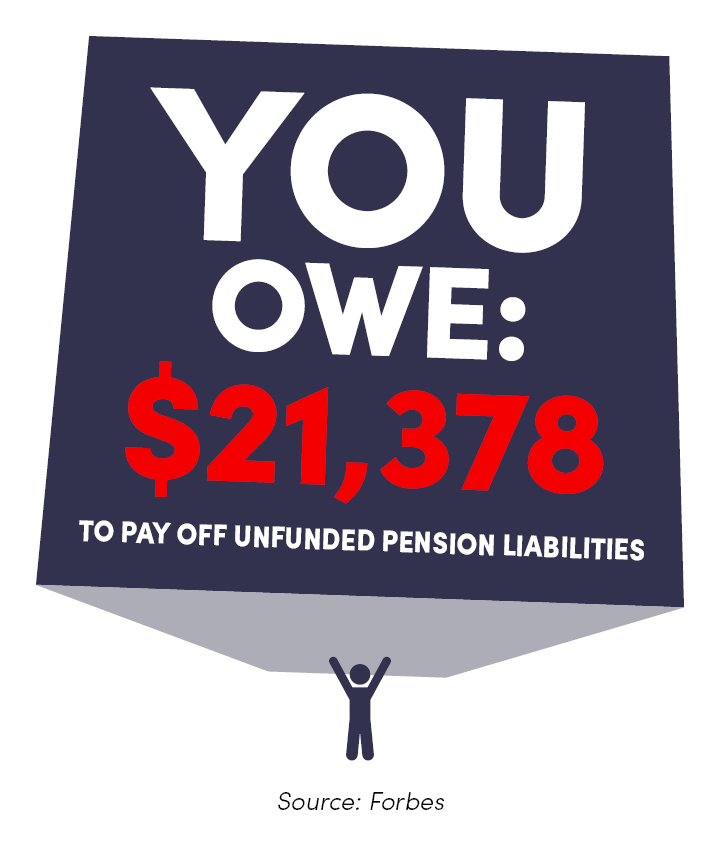 The legislature’s Appropriations Committee will hold a hearing Jan. 24 on the deal Governor Malloy struck with state employee unions to extend pension plan payments over several years to avoid a one-time spike of more than $6 billion.
Despite concerns about spreading payments over 14 years from 2032 to 2046, and adding to overall costs, the proposal is needed to avoid a damaging hit to the state state budget.

Without this deal–which is essentially a refinancing of the state’s obligation—the state would be forced to make draconian cuts to services, or once again raise taxes—this time possibly to unparalleled levels.
The Appropriations Committee hearing will consider the fiscal impact of the refinancing agreement, which will increase the state’s annual contribution to the pension fund to a maximum of $2.3 billion. The state’s current annual contribution is already $1.5 billion.
The agreement also lowers the assumed annual rate of return on the fund’s investments from 8% to 6.9%.
While this refinancing will stabilize future payments, it will be considered against a backdrop of growing concern over structural changes needed to stem the pension system’s unfunded liability, which grows every day.
An actuarial analysis from Cavanaugh Macdonald Consulting says the fund is in its worst fiscal shape in 30 years, with only enough assets to cover just over 35% of its long-term liabilities.
It’s time for state legislators to work in a bipartisan manner to examine and overhaul the entire State Employees Retirement System.
Focus is needed on the impact of using overtime in pension calculations, annual cost of living increases, whether employees should pay more into the plan, and whether it should be converted from a defined benefit plan to a defined contribution plan—as other states and several Connecticut municipalities have done.

The retirement fund is in its worst shape in 30 years, with enough assets to cover just 35% of long-term liabilities.

The agreement will automatically go into effect Feb. 3 if the legislature takes no action. By law, contracts are deemed approved within 30 days of their filing with the House and Senate clerks, providing they have not been rejected by either chamber.
The state Senate has planned a Feb. 1 vote on the agreement, while the House has not yet scheduled a vote.
In a related vote on the opening day of the 2017 session, House Republicans tried to pass a requirement that all labor agreements be put to a vote of that chamber, but Democrats rejected the attempt, saying they’d be willing to revisit the issue later in the session.
Regardless of the result of the refinancing agreement, expect the matter of these labor agreements to remain in focus during this year’s legislative session.