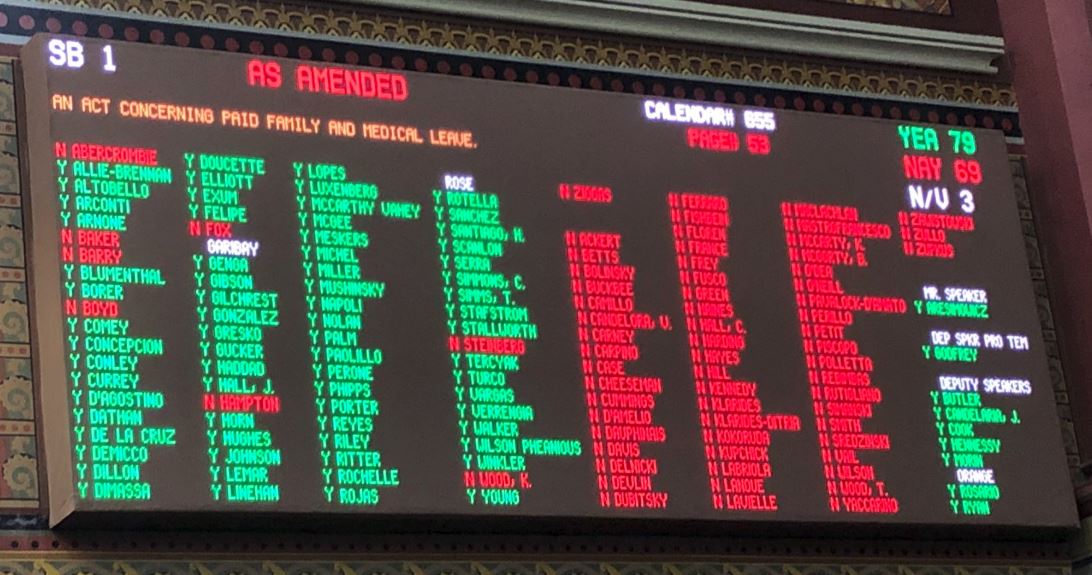 Gov. Ned Lamont says he will now sign a bill creating a massive new paid family and medical leave mandate that applies to all Connecticut businesses.

The state House approved the bill, SB 1 on a 79-69 vote May 31, with nine Democrats joining all Republicans in voting against the measure.

Lamont earlier promised to veto the bill, but changed his position after reaching a compromise with legislative Democrats regarding the paid FMLA program’s bureaucracy.

Those changes include reducing the size of the program’s quasi-public governing board from 15 to 13 members, and letting Lamont appoint the chair.

No matter the size or makeup of the governing board, paid FMLA places a huge burden on Connecticut businesses, particularly the state’s small businesses.

SB 1 creates the richest benefits of any paid family and medical leave law in the nation.

“The last thing we should be doing is adding to the growing cost of running a business in this state,” he said.

“This bill and others this legislative session seriously erode the ability of Connecticut businesses to effectively compete, grow, and create jobs.

The mandate applies to businesses with as few as one employee, allowing up to 12 weeks of paid leave for employees to care for themselves or an extended family member.

Every private sector worker in the state will be taxed 0.5% to fund the program, regardless of whether they use it or if their employer already offers leave. Most public sector workers are exempt.

There are also serious concerns over the program’s solvency, although the bill passed in the House says benefits will be cut if program revenue does not meet demand.

“Connecticut is among the most expensive places to live, it’s one of the most expensive and difficult places in the nation to run a business—stone cold facts that people who voted ‘yes’ blatantly ignored,” said House Republican Leader Themis Klarides (R-Derby) said.

“On top of that, they forced this through on the eve of rolling out a two-year state budget that’s heavy on not just middle class tax hikes, but one that also includes an insidious plan to burden the very people we need to help fire up economic recovery—small business owners.”

Rep. Joe Polletta (R-Watertown) asked “if this program is so good, then why are state employees who are part of a bargaining unit exempt?”

“We’re back with another bill that is bad for business,” he said.

“We have heard from the business community time and time again, that they cannot make it in the state of Connecticut. These are not opinions. These are facts.”

Barry and Wood also voted against it when the Finance, Revenue, and Bonding Committee acted in April.

Barry said at the time that while she supports the paid FMLA concept, the bill “needed work.”

“I am a numbers girl and at this time the numbers aren’t adding up for me,” she said.

Lamont, who earlier said the program’s top-heavy bureaucracy “just looks like it’s not a recipe for success to me,” said he will now sign the bill.

“I’m proud to soon sign my name on a piece of legislation that will help ensure this program is a national model and remains solvent for years to come,” he told reporters.